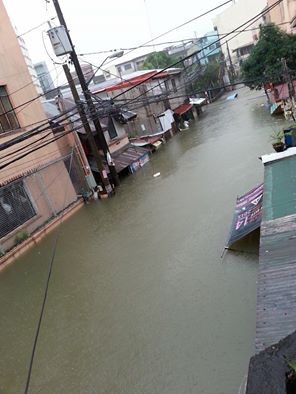 Though the typhoon known as Mario here in Philippines did not direct hit our country but the rain causes a flood in lot of areas all over the Philippine. Photo above taken in San Juan in Metro Manila in which the water is very high as of now. Let us all pray for the safety of the people who got affected by the continuous rain and floods.

The future belongs to those who believe in the beauty of their dreams.
Eleanor Roosevelt

Saliva is a natural cavity antidote.