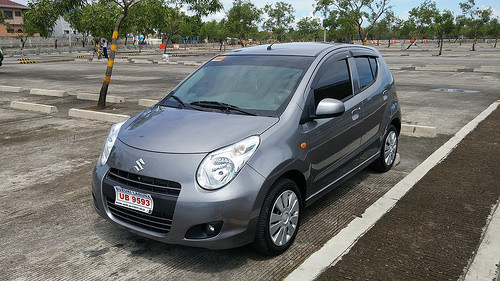 Over the weekend, chances are you received a message -either through SMS, Viber, Facebook or other means- warning of a new law that seeks to curb distracted driving in the Philippines.

Reports state that The Anti-Distracted Driving Act (ADDA) lapsed into law last 21 July 2016, pursuant to the Constitutional provision that a bill presented to the President becomes law if not signed within thirty (30) days upon receipt. ADDA addresses a void in legislation, common place in the race between technology and regulation, where technology almost always outpaces legislation. ADDA serves to help avoid destruction caused by driver distraction.

To my knowledge and after some exploration, it does not appear that the law has already been published, a basic element for a law to become effective. Hopefully this is done soon. Nonetheless, there is no harm in following the law now.

Simply stated, ADDA makes it illegal for a driver to use mobile devices (phones, tablets, laptops, etc.) while the vehicle is in motion or while temporarily stopped at a red light, subject to a few exemptions. The easiest way to get out of ADDA’s coverage is to safely stop where allowed, and use your mobile device only while stopped as such.

Distracted driving is defined as the performance by a person driving a vehicle of any of the following acts, while the vehicle is in motion or temporarily stopped at a red light: (i) using a mobile communications device to write, send, or read a text-based communication or to make or receive calls, and (ii) using an electronic entertainment or computing device to play games, watch movies, surf the Internet, compose messages, read e-books, perform calculations, and other similar acts.

With good reason, ADDA differentiates between a mobile communications device and electronic or computing device, with mobile communications devices making mention of cellular phones, while electronic or computing device cite as examples laptops and tablets. However, ADDA merely cites the devices and categorically states that its examples are not exclusive. The law will certainly apply to a device that functions as both, depending on the particular use involved.

For practical purposes and everyone’s safety, just consider that the law covers any and all personal electronic devices you can think of.

ADDA allows instances when certain devices may be used. Using a mobile communications device is not distracted driving if done through a hands-free function, such as with a speaker phone, earphones, or similar devices, which allow a person to have calls without holding the device. However, a driver’s line of sight must not be interfered with by the placement of the mobile device or hands-free equipment.

Note that the law only specifically mentions mobile communications device in this regard (hence the differentiation mentioned earlier), and makes particular reference to making and receiving calls. Whether the provision allows hands-free texting is not readily clear, although I submit that the law disallows texting through any manner.

A reading of ADDA’s legislative history reveals that one distraction avoided is cognitive- or taking your mind off driving. Our lawmakers, laudably seeking to balance prohibition with allowed use, appear to have felt that going beyond hands-free calls for mobile communication devices is already too much of a distraction. It was cited that texting while driving increases the chances of an accident 23 times. This is all the more true if you are composing an overly emotional message, which will necessarily take your attention away from driving.

Some may wonder how ADDA applies to mobile navigation tools such as maps or traffic avoidance apps. Though arguably not immediately apparent, the use of these apps appears to be allowed within ADDA’s limitations. Insofar as mobile communications devices are concerned, ADDA prohibits reading, writing, or sending texts and making or receiving calls (except through hands free devices for calls). Meanwhile, electronic or computing devices may not be used to play games, surf the Internet, read e-books, and similar acts.

The common denominator is easy to see- the prohibited activities take too much attention away from driving. Indeed, if you’re reading an e-book while driving, people may end up reading news about you the following day.

Either through a mobile communications device or an electronic or computing device, the use of these apps for navigation, in a manner where attention is not taken away from driving, is arguably not prohibited by law. Certainly, setting up these apps may be considered as ‘surfing the net’ or ‘performing calculations’, acts clearly prohibited by ADDA while the vehicle is in motion. The solution therefore is to stop completely were allowed, set up your device or navigation application, put it in a place where your line of sight is not distracted, then drive. Those that rely heavily on these apps for getting around need not necessarily fret.

ADDA has very broad coverage- it applies to diplomatic, public, or private vehicles (including motorcycles and tricycles). It also applies to bicycles, carts, ‘habal-habal’, ‘kuligligs’, and pedicabs, among others, for as long as these are operated on public thoroughfares, highways, or streets or under circumstances where public safety is under consideration. Otherwise stated, the law applies to virtually all forms of conveyances and practically in all places.

The law does not apply to the use of a mobile phone in an emergency, such as to call the police or seek medical help, or when the driver is operating an emergency vehicle such as an ambulance or fire truck, while in the course of his or her duties. A first offense will cost you 5,000 pesos. If you violate ADDA for the fourth time, prepare to shell out 20,000 pesos and be a passenger, since your license to drive will be revoked.

The Anti-Distracted Driving Act is an admirable effort at curbing increasing rates of motoring accidents that are related to the use of mobile devices, which may lead to the perpetual destruction of lives and property. If you are currently driving a vehicle, it is hoped that you read this article while safely and completely stopped.

Thank you Team Celerio Philippines for posting this helpful article

Teeth are the hardest substance in the body.