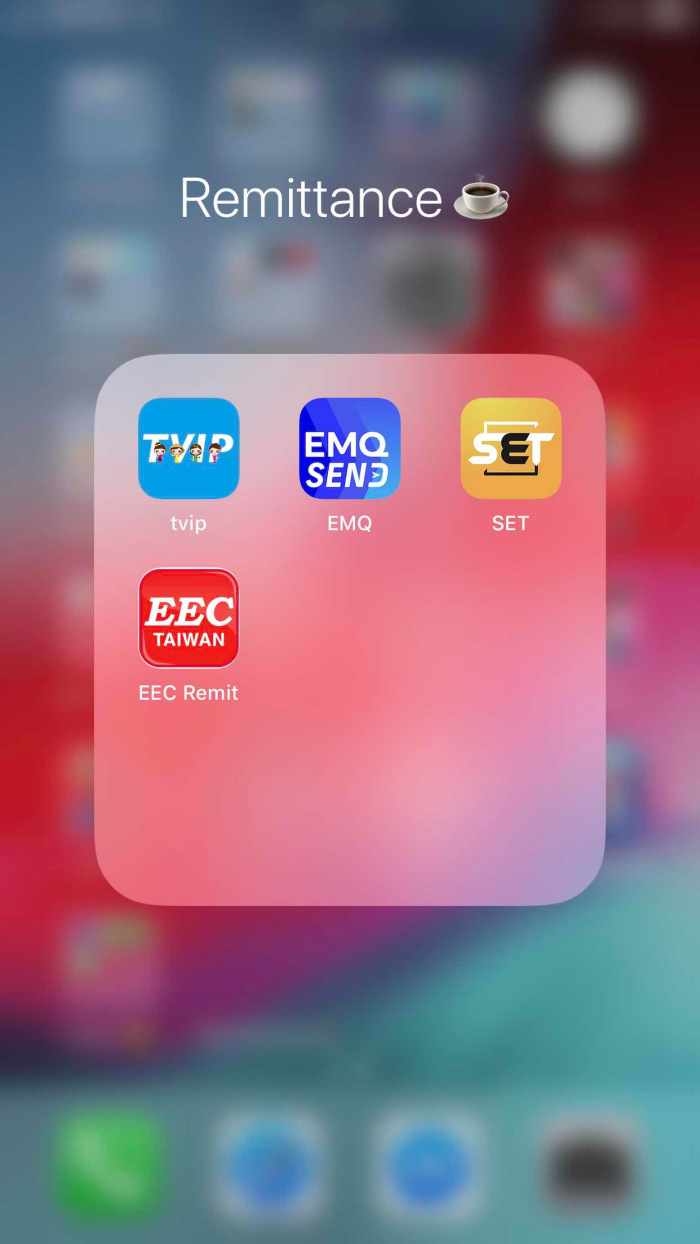 I would like to share some apps that you can use in Taiwan to remit money from Taiwan to your loved ones in Philippines.

1. SET it was launched few months ago and it is powered by Western Union and King’s Town Bank. Though I haven’t tried it yet but there are lots of good feedback about it and it offer free of charge on your first remittance and only NT$99 for succeeding transactions.

2. TVIP just registered recently haven’t tried it as well, it lacks of marketing through social network site so it is less known.

3. EMQ send – I have tried it already it is quite good but the only downside is the QR code that they suppose to send takes quite some time because I have waited for about an hour. They currently have promo until end of August for zero transaction fee and will be NT$200 per transaction after the promo period.

4. EEC – it is well known cargo and remittance center and most of the migrant workers knows it.

5. FEE mobile – newly launched this September but it only have for android platform, service fee is also NT$200 but i haven’t tried it yet.

6. QPAY – it was introduced recently I guess it is also a decent remittance apps because they have lots of positive reviews but sadly I am not able to register with them because they don’t accept applicants with multiple re-entry or white collar migrants. There is something they didn’t verify and that is my job as a translator were categorized as blue collar job. I hope they can have more time to verify at Ministry of Labor.

7. Phil Money – easy to use and I was able to register without hassle, exchange rate is competetive and current promo for remittance service charge is NT$100. I was able to try it once and received the money I sent to my BDO account in just few minutes only.

Above mentioned apps are easy to use and can remit from convenience store 7-11, family mart, hi-life and ok mart around the neighborhood. From the reviews i have read the most of the migrants trusted EEC due to its popularity amongst the migrants and also SET for the reason it is powered by western union. Most of the apps exchange rate may differ but the highest exchange rate is EMQ send.

I am careful not to confuse excellence with perfection. Excellence, I can reach for; perfection is God's business.
Michael J. Fox

Clans of long ago that wanted to get rid of their unwanted people without killing them used to burn their houses down - hence the expression "to get fired."